Liquor and Cannabis Board and Suquamish Tribe Sign Marijuana Compact

Liquor and Cannabis Board and Suquamish Tribe Sign Marijuana Compact Historic agreement is nation’s first OLYMPIA – The Washington State Liquor and Cannabis Board (Board) and the Suquamish Tribe today signed the nation’s first state-tribal marijuana compact. The compact governs the production, processing, purchase and sale of marijuana on the Tribe’s land. The agreement was [...]

September 15, 2015 admin I 502 Guidelines, I 502 Implementation, I 502 laws in Washington, I502 license, I502 rules, information on starting a recreational dispensary in washington, legal marijuana business, legislation concerning marijuana, licensing for retail I 502, Marijuana Compact, requirements to open a i 502 business, Suquamish Tribe, Washington Marijuana laws, washington marijuana license Comments Off on Liquor and Cannabis Board and Suquamish Tribe Sign Marijuana Compact 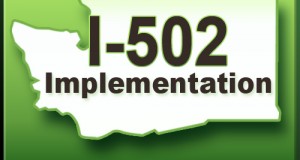 New legislation concerning alcohol and marijuana becomes effective today OLYMPIA – Several new alcohol- and marijuana-related laws became effective today. Among the new laws is a section of Senate Bill 5052, the Cannabis Patient Protection Act, which changes the name of the former Liquor Control Board. Effective immediately, the new name is the Liquor [...]