Dear Marijuana Producers, Processors and Retailers, You may be aware that over the weekend the Legislature passed HB 2136 and delivered the bill to the Governor for action. The Governor has not yet acted on the bill. HB 2136 modifies I-502 in several areas. Most immediately, however, the bill changes how marijuana taxes are collected [...]

June 30, 2015 admin Taxes Comments Off on Important Message Regarding New Legislation and Taxes 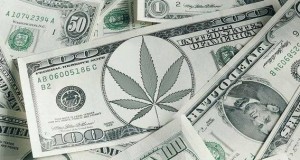 Paying sales taxes on medical marijuana? Washington Department of Revenue says it’s a must. (Photo: Getty Images) Medical marijuana businesses or “collectives” that haven’t been paying the state sales tax — about 145 in King County alone, roughly half of the number of businesses here — will be getting letters from the Washington Department of [...]