Budget Proviso Language: 3ESSB 5034 Sec. 141(2):     (a) The liquor control board must work with the department of health and the department of revenue to develop recommendations for the legislature regarding the interaction of medical marijuana regulations and the provisions of Initiative Measure No. 502. At a minimum, the recommendations must include provisions [...] 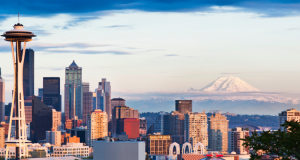 The state Liquor Control Board will hold a public hearing tonight from 6 to 8 p.m. to discuss its recent revisions to rules governing recreational marijuana businesses. The meeting will take place at Seattle City Hall‘s Bertha Knight Landes Room, at 600 4th Avenue. The revised rules were released Sept. 4 and address issues with [...]

October 8, 2013 admin application for i 502 processor, application for i 502 producer, applications for i 502 retailer, Cannabis Business Law, Education for I502 in Seattle, I 502 cannabis law, I 502 Draft Rules, I 502 Guidelines, I 502 Implementation, I 502 laws in Washington, I 502 Rules, I502 law, initiative 502, Washington Liquor Control Board, Washington state cannabis law Comments Off on Liquor Control Board to hold public hearing on revised rules for recreational marijuana businesses
123