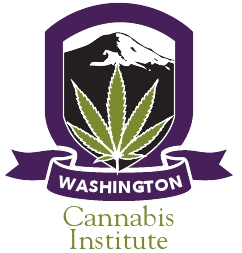 Indoor pot-growing operations as large as a football field would be allowed in some Seattle industrial areas under new zoning approved Wednesday by a City Council committee.

The proposed rules would prohibit large indoor farms in the industrial sanctuaries closest to the Port of Seattle and maritime businesses, which represent 46 percent of Seattle’s industrial land.

But over the objections of the North Seattle Industrial Association, council members voted to permit growing operations of up to 50,000 square feet in the city’s other workhorse zones for industry.

The association doesn’t want to see growing operations drive up property values and rents for existing businesses, said Eugene Wasserman, the group’s president. “Our members are afraid of being priced out,” he said. “We have nothing against marijuana.”

Council members reasoned that growing operations as big as 50,000 square feet — slightly bigger than a football field without end zones — are warranted because the real estate needed to have many smaller indoor farms is scarce, and economies of scale achieved by larger farms might lower production costs and pot prices. Big farms might be easier to secure, as well.

At the same time, Councilmember Nick Licata acknowledged the city is in a “bit of the Twilight Zone,” trying to help a young industry amid a confusing regulatory landscape.

Rules for the state’s new legal recreational pot market haven’t yet been written. Medical marijuana is largely unregulated. And the federal government considers all forms of marijuana illegal.

“This is a fluid situation. I don’t pretend to have all the answers,” Licata said.

Licata, along with Councilmembers Sally Clark and Bruce Harrell, voted for large indoor farms in all industrial lands except the Industrial General 1 zone, the most protective of the sanctuaries for manufacturing and maritime-related business.

Councilmember Sally Bagshaw, who voted no, wanted to bar pot growing in the IG1 zone, and limit it to 10,000 square feet — roughly the size of a drugstore — in the other industrial areas.

That’s particularly the case, she said, when pot can be grown under the sun in Eastern Washington according to some activists, and the maritime industries are limited in where they can go.

The full council is expected to take up the issue June 3.

Licata suggested adding a provision that would call for the council to revisit the rules after a year, and again after two years.

The industrial areas were the only places, Dawdy said, where growing would be allowed by the city and not run afoul of the state’s 1,000-foot buffer between pot businesses and sites frequented by minors, such as schools and parks.

But the rules — in borrowing from medical-marijuana regulations — would permit growing as many as 45 pot plants in homes throughout the city.

The idea, explained Darby DuComb of the City Attorney’s Office, is to make Seattle’s rules compatible with both the medical and recreational systems.

The medical system allows patients to form collectives and grow as many as 45 plants. The state’s new recreational system does not allow home cultivation.

The city’s home-growing rules could undercut the state’s recreational system. Instead of going to state-taxed stores to buy pot, Seattle residents could grow their own.

It would be up to the state to enforce its rules, said DuComb, chief of staff for City Attorney Pete Holmes.

So, you want to learn how to get I 502 licenses? Start an Access Point for medical cannabis, then enroll in our next live seminar; 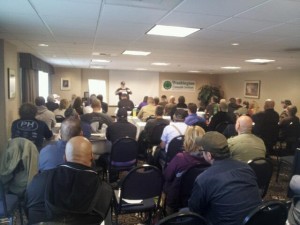 You can learn how to get I 502 licenses in a live seminar on June 29th of 2013 in Spokane, WA.  Washington Cannabis Institute with attorneys and will be hosting this live seminar to go over all aspects of marijuana business operation with featured guests from the Washington Liquor Control Board.

Our hands on medical marijuana business start-up seminars are perfect way to get started!You get an intense day of advanced information about how to start and operate a cannabis business. Find out how, click here for more information

Liquor Control Board Announces Public Hearing Schedule for I-502