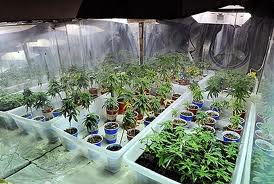 YAKIMA, Wash. — Despite banning the sale, growing and processing of legal marijuana, the Yakima City Council is seeking tax money from the upcoming pot industry.

The Yakima Herald-Republic reports the city council voted unanimously Friday to seek state tax revenue raised by businesses in cities that do allow legalized marijuana. Yakima joined a letter by the Association of Washington Cities asking the state to share recreational marijuana taxes with cities.

City staff and police argued that legalized marijuana from other parts of the state will strain public resources in the city.

Councilman Dave Ettl says the city’s position is not hypocritical.

Alison Holcomb, who led the initiative that legalized marijuana, says cities like Yakima contribute to public-safety problems by banning marijuana and pushing it into illegal activity.