How to Open a Cannabis Business in Washington with I 502

When can adults legally possess and use marijuana?

As of December 6, 2012, adults age 21 and over in Washington state can no longer be arrested under state law for possessing limited amounts of marijuana.

How much marijuana can adults legally possess under I-502?

Can I grow marijuana at home?

No. Unless you are an authorized medical marijuana patient under Washington law, home growing is not allowed.

The Washington State Liquor Control Board, Department of Agriculture, and Department of Health will have until December 1, 2013 to complete rulemaking that will create a system to license and regulate the production, processing, and sale of marijuana. Commercial businesses can be set up after rulemaking is complete and once a license is obtained.

Where will stores be located?

Licenses will authorize stand-alone marijuana businesses, with similar restrictions to the old state liquor stores. Marijuana stores must be located at least 1,000 feet away from schools and parks. The number of marijuana store licenses will also be determined in rulemaking.

No. Washington’s Medical Use of Cannabis Act remains unchanged.

Can marijuana be used in public?

It will remain unlawful under Washington law to use marijuana in public. Similar to a traffic offense, violations will result in a civil infraction bringing a fine but not arrest.

Can a prospective employee still be drug tested for marijuana when applying for a job?

I-502 does not change Washington state employment law, which allows for employment drug testing in some situations.

How do the DUI provisions work under I-502?

I-502 creates a standard for marijuana impairment while driving, similar to the .08 cut-off for alcohol. The DUI provisions focus on active THC in one’s system that can impair a driver and not inactive marijuana metabolites that do not cause impairment. As is currently the law, an officer will need to have probable cause for an arrest and reasonable grounds to believe a driver is impaired before requiring a breath or blood test. Nor does it change the fact that blood tests can only be administered by medical professionals.

How will the federal government respond to I-502?

collaboration and cooperation to ensure that it is fairly implemented. The law’s tightly

regulated system will improve public safety and increase respect for law enforcement. We hope that federal officials will respect the will of our state’s voters and not enforce federal laws against Washington residents who are obeying state law.

Here is a summary of important dates for implementation of I-502:

On this date it will be legal for adults 21 and over to possess limited amounts of marijuana under Washington law. I-502’s Driving Under the Influence provisions will also take effect.

The Washington State Liquor Control Board, Department of Agriculture, and Department of Health must conductrulemaking as specified by I-502 to set up a system to license and regulate the production, processing, and sale of marijuana. No commercial business can be set up until rule making is complete and licenses are obtained.

The Washington State Institute for Public Policy must provide legislature with a preliminary evaluation and recommendations regarding the cost-benefit outcomes of I-502. Additional evaluations will be produced in 2017, 2022, and 2032.

The Washington State Liquor Control Board shall review I-502 tax levels and make recommendations to the legislature regarding adjustments that would further the goal of discouraging use while undercutting illegal market prices. 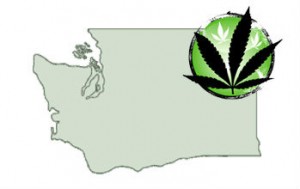 how to open a cannabis business in washington with I 502

How to Start a Marijuana Dispensary in Washington