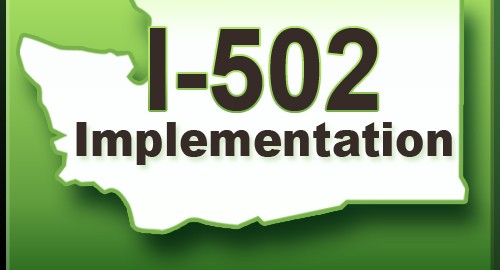 OLYMPIA – The Washington State Liquor Control Board (WSLCB) today filed the CR103 for Initiative 502.  Filing the CR103 is the formal procedure for adoption of the proposed rules for the implementation of I-502 and the final step in the rulemaking process. These rules will serve as the basis for Washington’s newly created recreational marijuana market and are the result of 10 months of research and public input. Thirty days after adoption the rules will become effective, November 16.

“Over these last several months have put together a comprehensive system of rules which will serve as the foundation for this new industry,” said Board Chair Sharon Foster. “This has been a very open process of rule-making with public involvement each strep of the way. We appreciate all the support and involvement we’ve had from Gov. Inslee, local officials, law enforcement, industry members and Washington citizens along the way.”

The rules achieve the Board’s stated goal of implementing a tightly regulated and controlled recreational marijuana market. They also align with the Department of Justice’s stated areas of concern by addressing out-of-state diversion of product, traceability of product from start to sale, youth access and other public and consumer safety concerns.

Later this month, to align with federal guidelines, agency staff will file emergency rulemaking to modify the way the 1,000 foot distance between marijuana locations and the listed exclusion zones is measured. The method of measuring will change from “most common path of travel” to “shortest straight line” from property line to property line.

The agency will open a 30 day licensing window for all three license types (marijuana producer, processor and retailer) on November 18. The WSLCB’s Marijuana Licensing Unit is holding a series of seven educational seminars across the state to help potential applicants navigate the licensing process.

For more information regarding the implementation of I-502 including summaries of the law and rules, answers to frequently asked questions, or to sign up for an educational seminar please visit the WSLCB website at www.liq.wa.gov

The Washington State Liquor Control Board’s mission is to promote public safety by consistent and fair administration of liquor and cannabis laws through education, voluntary compliance, responsible sales and preventing the misuse of alcohol, cannabis and tobacco.