Recreational marijuana market to be tightly regulated to prevent diversion, impact to minors 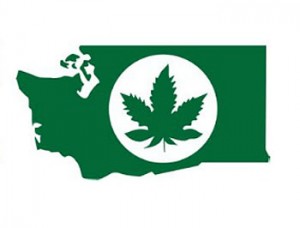 OLYMPIA – The Washington State Liquor Control Board (Board) today approved the filing of proposed supplemental rules that, if ultimately enacted, will help govern Washington State’s system of producing, processing and retailing recreational marijuana. The Board earlier this summer filed proposed rules on July 3, 2013. The Board chose to revise and re-file its rules after receiving public input at five public hearings across Washington.

“These rules fulfill the public expectation of creating a tightly-regulated and controlled system while providing reasonable access to participation in the market, said Board Chair Sharon Foster. “Importantly, we believe these rules meet the eight federal government enforcement priorities within Thursday’s guidance memo from the Department of Justice.”

The proposed rules provide a heightened level of consumer safety that has not existed previously.

Revisions to the Rules

Below are selected highlights found in the revised rules.

In addition to the revisions to the rules, the Board today also identified the number and allocation of retail stores. Per Initiative 502, the WSLCB applied a method that allocates retail store locations using Office of Financial Management (OFM) population with a cap on the number of retail stores per county.

Using OFM population data as well as adult consumption data supplied by the state’s marijuana consultant – BOTEC Analysis Corporation — the Board allocated a maximum of 334 outlets statewide. The most populous cities within the county are allocated a proportionate number of stores and at-large stores available to serve other areas of the county.

Public Hearings
One or more public hearings on the proposed rules will be scheduled soon. The WSLCB will post the dates and locations on its website at www.liq.wa.gov